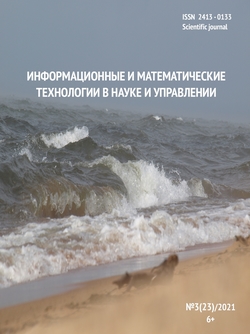 This paper examines an ontological approach to integrating knowledge to support interdisciplinary studies in energy and ecology in terms of quality of life assessment. These studies involve the integration of environmental and social components. The environmental component is determined by natural and climatic conditions and the state of elements of the natural environment of a particular territory. The social component implies meeting the demand of the population for electricity and heat, which are necessary for comfortable living. To compare the positive and negative impacts of the operation of energy facilities on the natural environment and the population, quality of life metrics are considered as a way to assess these impacts. We present ontologies detailing the basic concepts of the subject area of research on the anthropogenic impact of energy facilities and quality of life, and reflecting their integration into a single ontological space of knowledge. The use of the ontological approach provides a visual representation and integration of knowledge from different subject areas.

The technology of digital twins is a basic one in the process of energy "digitalization." An essential component of the digital twin development is data collection from a physical facility to monitor and control this facility. Advanced information support systems designed to control the UES of Russia (SCADA and WAMS) provide control centers with considerable amounts of information, which can be used to create a digital twin of an individual energy facility or entire power system. This paper proposes the use of edge analytics technology that enables the collection, processing, and analysis of data on network peripheral units near the information source, to reduce the amount and cost of transmission and storage of a whole host of data when creating digital twins of energy facilities. A modern digital substation is considered as a facility to be digitally twinned.

The analytical GIS program is intended for the purposes of a multi-parameter assessment of transport and energy infrastructure availability, potential for mining, incl. energy resources, as well as availability of alternative renewable energy sources in a certain geographic location, promising from point of requirement for energy production deployment, located in remote or inaccessible regions of Russia; for the purposes of strategic planning of the development of regions, the development of new territories, incl. deposits of various resources. Practical application of GIS makes it possible to increase the efficiency of the strategic decision-making process.

The paper presents an algorithm of computational experiment on the example of the implementation of one of the threats to energy security "Lack of investment in the energy sector" using cognitive and economic-mathematical models. The features of the inclusion of the investment component in the model of optimization of options for the development of the fuel and energy complex, taking into account energy security, are considered. A cognitive model for analyzing the threat “Lack of investment in the energy sector” is presented. The description of PC INTEC-A, which provides the ability to integrate cognitive and mathematical models, is given.

The article investigates the dependence of the stationary combustion temperature of layer combustion of biomass on the feed rate and specific consumption of air blast. For this, the stationary heat balance equation, together with the simplest kinetic equation for a chemical reaction, is solved over a wide range of parameters. For a numerical solution, a number of assumptions are introduced (a narrow reaction zone, preferential heat removal by radiant heat conduction, equilibrium composition of oxidation products). The calculation results give the boundary values of the consumption and stoichiometric parameters at which stable combustion is possible.

The relevance of the article is due to the transition of energy to the path of intellectual development. One of the characteristics of this transition is the broadening of the prospects for decentralized electricity generation. Under the new conditions, a consumer has the opportunity to change his energy consumption depending on the cost of energy resources, to have his own installations for the production and / or storage of electricity. The article briefly presents the features of the use and technology of distributed generation (DG) energy in certain sectors of the economy (industry, residential and commercial sectors, transport). Some methods of determining the prospective values of the power of the RG at consumers are given. An approach to modeling and assessing the impact of the scale of distributed generation on the long-term development of regional power supply systems is proposed. A distinctive feature of the approach is the use of the previously developed stochastic optimization model of the unified power system of the macroregion as a basis for the development of its regional modification and a source of forecast information on the conditions for the development of the regional power system. Of course, the proposed approach gives only a rough estimate, but it allows us to outline a promising range of changes in the cost and demand for electricity in the region under different options for the development of the RG.